Roma Capitale is the territorial special body, with particular autonomy, that administers the municipal territory of the city of Rome. It covers an area of 1 285.31 sm. Rome Capitale has special autonomy, statutory, administrative, and financial.

In the local public service, relating to nursery schools and kindergartens, the Sportello d’Ascolto has set up, within the framework of the improvement plans provided for by Legislative Decree 81/2008, a support, accompaniment, orientation and enhancement service for the resources and experiential heritage, technical and transversal skills of educators and teachers who have been declared temporarily unfit for the specific job.

This was the starting point of the project “Analysis and possible actions for the enhancement of temporarily unsuitable educational and school staff“. The aim of the project is to better study the phenomenon of temporary unfitness (art. 41 and art. 42 Dlgs 81/08), also in relation to the increase in the age of the working population, and to verify if and to what extent it was affected by the connection between the critical issues that emerged from the survey and the work of nursery school teachers and nursery school educators. It was assumed, in fact, that temporary unsuitability was evidence of the problematic nature of the work organization and the ageing of the staff. Currently 52.1 is the average age of an employee at Roma Capitale.

The project has been running since 2014. In 2013 the number of temporarily unfit women workers, with whom 6 focus groups were carried out, was 72. In 2015, an increase of over 200% was recorded; in 2016, when compulsory health surveillance was also extended to school staff, the data grew significantly.

The comparison of the project data with that of the work-related stress assessment 2009-2011 has shown that the phenomenon of temporary inadequacy is connected both to the aging of the educational-school staff and to the psycho-physical wear, generated by the type of activities it carries out.

The disaggregated data (2015-2016) showed that 60% of this staff is over 50, 20% are in the range between 46 – 50 years, 10% between 41 – 45, 9% among 36 – 40, 1% is under 36. It therefore appeared necessary to activate a service that dealt with the phenomenon of active aging, support for the change of duties after a possible judgment of unsuitability for work, enhancement of the skills already acquired, and orientation in order to identify a new context of assignment and placement in the areas more suitable.

The measures adopted by the Sportello d’Ascolto do not consider only age as important, but also the work-related problems complained of by the individual employee: in other words, they address all the people who contact it! In fact, the Sportello d’Ascolto is an internal tool, available to Capitoline employees and, in particular, to those who experience a condition of discomfort at work, aimed at facilitating their reception and listening. Upon specific request, it also offers support to the structures of Roma Capitale on organisational issues. Its purpose is to contribute to the care and protection of the health of the worker and the well-being of the organisation, as well as the prevention of malaise arising from organisational constraints.

Employment exit and the transition to retirement: 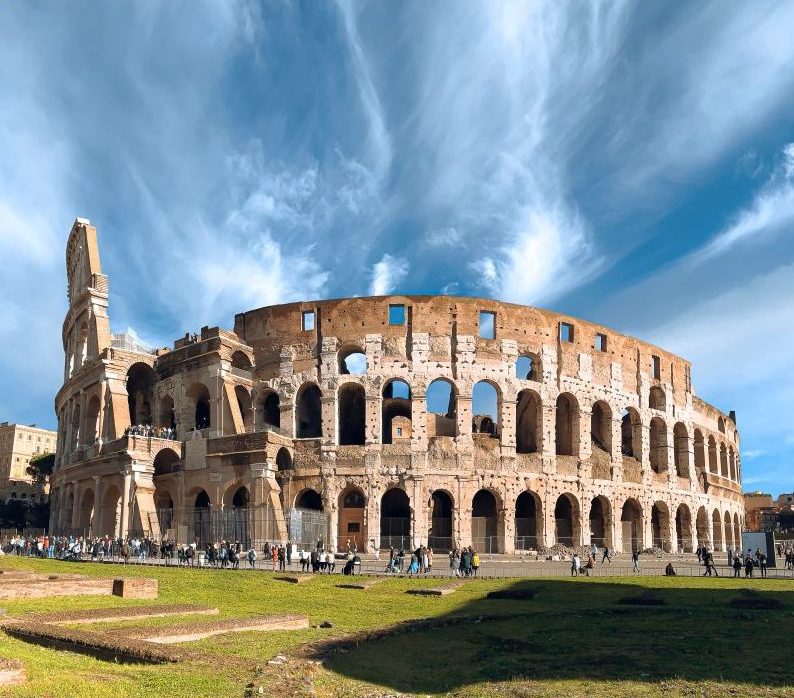 Our way towards the age management

In 2009/2011, the administration of of Rome implemented the evaluation for work-related stress. From this evaluation, critical aspects emerged, particularly for the education-school sector.

Considering these results, it was thought to create a path to help workers, considered temporarily or permanently unable to carry out their work, to find a new working position within the organisation’s services/activities.

To better understand the problem and design possible solutions, Roma Capitale has organized 6 focus groups. These groups highlighted the risk of depression for workers considered temporarily or permanently inadequate: they are depressed because they cannot do their job but also useless because they are not prepared to cover the new position to which they have been assigned.

These important emotional criticalities led the Sportello d’Ascolto to think that it was right to introduce a path of accompaniment and help to the process of change and an orientation towards the new work environment.

The protocol was born for this need: it is a path that provides orientation and training for staff considered temporarily or permanently unfit for previous work. The protocol is also a meeting point between the workers’ needs to find a new position and the public administration that needs a prepared worker.

Strengths and weaknesses of our approach

Strengths: What are the strengths of this operating protocol and in particular of what Sportello d’Ascolto offers? I would say the attention to professional change that translates into accompaniment and an orientation path.

Orientation is a valuable tool in all circumstances and during the professional change.

It aims at the enhancement and re-enhancement of the personnel involved. It enhances the staff in the sense that it enhances the previous experiential and training path of each one and stimulates the assessment and self-assessment of specific professional skills but also the identification of transversal skills. From this self-assessment, the staff is more inclined, more willing to a professional relocation. All this helps in a new entrance in a new working context. It mitigates that sense of inadequacy and nullity of what we have talked about, giving greater self-confidence. However, the Sportello d’Ascolto is still active. Since 2017, we have extended the orientation to all staff definitively declared unsuitable, not only to school-educational workers but to the whole administration. Also, in these cases, the interview revealed that training is necessary to proceed to a new professional realignment: in this case, certain basic IT training, elements of law and administrative acts are required.

Weaknesses: The nature of the protocol requires a sort of collaboration between different institutions with different skills. In this protocol, specific training was provided which came out of the needs of the worker. This training was given at the beginning but was stopped due to management problems.

This formation was given at the beginning, then for economic reasons it was interrupted.

“Aha” moments experienced during the process

In 2009/2011, the administration of Rome has adopted and implemented the evaluation protocol for work-related stress. From this evaluation, critical aspects emerged, particularly for the education-school sector. In 2014, the Sportello d’Ascolto carried out 6 focus groups in collaboration with teaching staff temporarily unfit for their specific duties. The opinions gathered have encouraged us to work on meeting staff requests and responding to their needs.

Along with this, there was also a specific request from the administration of the Municipality. The results of the focus groups revealed that the judgment of unsuitability was not taken well by the staff but created a sense of deprivation in them. Often it created an identity loss. In addition, the people relieved of the previous job, placed in a completely new context, felt confused. In addition, they felt inadequate. They found themselves doing a job they didn’t know how to do so they felt inadequate.

Quite often this sense of inadequacy became nullity. These important emotional criticalities led us to think that it was right to introduce a path of accompaniment and help to the process of change and an orientation towards the new work environment. The administration, for its part, interfaces with this educational school staff and could not respond immediately to job requirements. They were in front of people not trained for the job they were called to do. We have tried to comply with this, hence the protocol that brings together different professional figures and different bodies with different skills. For us it means, the listening/help desk for the worker, a professional career path and accompaniment to the new job.

Activities to sustain this initiative

The initiative came about because of the study of the 2009-2011 evaluation of work-related stress, carried out by the Rome City Council’s individual work structures and coordinated by the Prevention and Protection Coordination Office, operating within the Organisation and Human Resources Department. The following functions have been assigned to it:

Monitoring system of the effects

Monitoring is always ongoing because the re-alignment path is continuous. The first monitoring activity we did was through a semi-structured interview and working on the results of this interview allowed us to see in general what people were satisfied with this path taken. The participants told us that the path allowed them to acquire awareness of themselves, the awareness of the resources and the experiential heritage they had previously but they did not realize. They revealed that they have also gained greater security and therefore a different way of dealing with the news. This seemed to us a new conquest; this in general. In specific cases, there have been people who have even changed the job they were assigned to. Precisely because the path has well valued all that the person had and they were well prepared to acquire the new. The mix of the past and the new have brought out new skills, new skills that they too have marveled at.

Unfortunately, there was someone who did not want to participate in the path. Someone did it for physical problems because these teachers are detached temporarily or permanently for even very serious problems.

Someone for a reticence to move away from home, therefore for the journey they had to face; someone else just for fear of facing the new. Not knowing what will be encountered. But when we met the permanently moved staff, these people complained that they were not accompanied on this path immediately. So the peculiarity is this. Ours is a path limited in time, it should be followed. Just as every organ of the project should do its part. For example, job coaching is important. Except that in the administration we often work quickly. So there is a need for immediate answers. It all gets more difficult.

The processing of the data revealed that 31% declared to have acquired, thanks to orientation, greater awareness of themselves, of the resources and of the technical-transversal skills possessed; 22% of having strengthened their self-esteem. 13% discovered good adaptability; 17% find themselves living more serenely in the new working environment, also due to the greater familiarity with the tools and the new technical-administrative knowledge acquired. 33% of the personnel involved, on the other hand, declare to have changed activity, compared to that to which it was initially assigned; and this thanks to the meeting of their skills with the professional needs of the structure; while almost all the people claimed to be satisfied, since the new working condition allowed them to experiment in another field and to discover themselves with a new professional autonomy.

“Attention must be paid to professional change. It is important to structure a series of actions that help the change because everything comes back in terms of workers’ welfare and health, but also the “health” of the organization.”

Beneficial effects of the initiative

PROTECTION AND PROMOTION OF HEALTH

Most of all, an attention to professional change is needed, attention to change in general. It is important to structure a series of actions that help change because everything returns in terms of worker well-being and health but also occupational and organizational “health”.

Do you want to download this case study? Proceed here.